Medium: silver gelatin print and mixed media
Posted by Denée Barr Art News and More at 7:40 AM No comments: 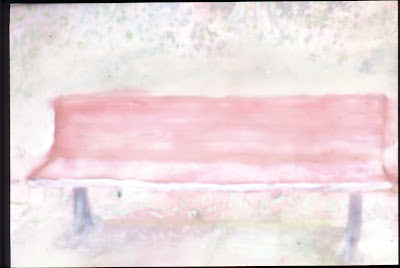 Medium: silver gelatin print and mixed media
Posted by Denée Barr Art News and More at 12:19 AM No comments:

Do you remember the first photograph you ever took?
"Maybe as early as 1900, when I was very young, at a family gathering.
I had discovered a charming illustrated magazine in our attic which moved me very much; I felt its warmth and spontaneity and I decided that I wanted to express my own impressions in the same way."
page 43

"I think I must have been given a Brownie camera when I was twelve. But probably what did me more good than anything else was being with my mother's closest friend, who was blind. During the St Louis Exposition, I would go to the fair every other day and describe the exhibits to her. I think that taught me observation like nothing else could. I can see those exhibits now, just as if it was yesterday."
page 221

How did you get started in photography?

"Everybody asks me that question. I'm asked it at parties, everywhere. Nobody started me. I was self-motivated. But I did see something of Gertrude Kasebier - and that's all I'm going to tell you about what started me off."
page 229


Excerpts from Dialogue With Photography
by Paul Hill & Thomas Cooper 1979
Cornerhouse Publications
Manchester
Posted by Denée Barr Art News and More at 6:10 AM No comments:

Email ThisBlogThis!Share to TwitterShare to FacebookShare to Pinterest
Labels: 221, 229 pages from Dialogue With Photography, 43

I'm happy to report that "Farmhouse, Oxfordshire, England" and "Field, Oxfordshire, England" c Denee Barr 1997 were purchased in the Howard County Arts Council's 10th Annual Celebration of the Arts 2007 on Saturday, April 21st. http://www.hocoarts.org/ This event was so much fun.......the art, the music, the food, the decor, the show, the awards, the guests..... those who attended didn't want to leave! Kudos to those people who bought tickets and made the turnout so successful in support of the visual and performing arts in Howard County.

You've got something to celebrate today..............Check out your local arts council and see what's going on!
Posted by Denée Barr Art News and More at 12:45 PM No comments:

Email ThisBlogThis!Share to TwitterShare to FacebookShare to Pinterest
Labels: 10th Annual Celebration of the Arts in Howard County 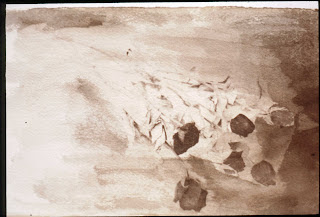 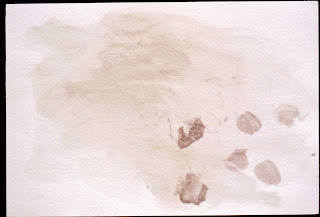 Variation on Dried Red Roses #1 and #2
Columbia, Maryland
c Denee Barr 2005
All Rights
Washington Project for the Arts\Corcoran www.wpaconline.org hosted an exhibition entitled "Index" in their booth at Art DC Fair 2007 from April 27-30 in the DC Convention Center.
All WPA\C members were invited to submit "index card-sized" works of art and the presentation was exceptional.
Thanks for bringing the talent, skills, and creativity of local artist to the forefront.
Fair goers to the WPA\C booth liked what they saw and inquired about artist works.
Warm Spring Regards,
Denee Barr
Washington Project for the Arts Member Artist
and WPA\C "Index" Exhibition Artist 2007
Posted by Denée Barr Art News and More at 10:22 PM No comments:

Email ThisBlogThis!Share to TwitterShare to FacebookShare to Pinterest
Labels: Washington Project for the Arts\Corcoran Index Exhibition at Art DC Fair 2007

During Art Fair DC 2007 www.dc-artfair.com I had wonderful chats with some of the participants who represent non-profit art organizations, publications, and cultural institutions. I want to give special tribute by acknowledging their presence at Art DC and to encourage you to check them out both on-line and in person.

Email ThisBlogThis!Share to TwitterShare to FacebookShare to Pinterest
Labels: Celebrate the Day...Enjoy the Work...Make Art a Lifestyle

What a great opportunity for area gallerist, artists, and art organizations to showcase the fountain of talent that is in our DC Metropolitan area. I chatted with many hardworking local and global gallerist and artists. More comments forthcoming!