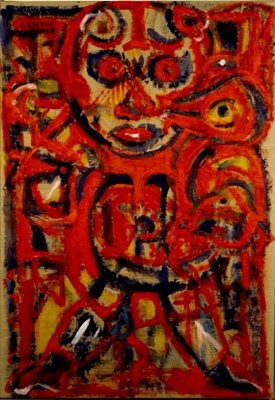 
Millennium Arts Salon’s series, It’s All About Art, continues, this year with the theme “Between East and West”, referring not only to the east and west borders of the continental US, but extending further east and west to Europe and Asia. As in the past, It’s All About Art will encompass a focus on visual and performing arts and arts and letters.

MAS is pleased to kick off its new season with this exciting and important salon. Herbert Gentry’s influence as an artist crosses many borders. Gentry was born and raised in Harlem, NY, where he became grounded in the rich cultural influences of the Harlem Renaissance. He enriched his artistic prowess through his explorations in Paris, Copenhagen, and Stockholm, settling during the 2nd half of his life to a dual habitation in New York City and Malmo, Sweden. As Parish Gallery noted, “Gentry’s friendships illuminate his movement through the world; they were part of his rich experiences.” Enjoy this magnificent exhibit of Gentry’s work surrounded by his friends, many giants in the contemporary art world (Romare Bearden, Ed Clark, Beauford Delaney, Bill Hutson, Lois Mailou Jones, Richard Mayhew, Sam Middleton, Rachelle Puryear, and Vincent Smith, to name a few) at Parish Gallery extended through September 13. Then join us at Millennium Arts Salon the evening of September 13 for an intimate conversation with artist Mary Anne Rose, Gentry’s wife and confidant for over 25 years. Mary Anne’s salon will include slides of some of the works on view in the Parish exhibition as well as a book signing of the newly released Herbert Gentry: the Man, the Master, the Magic, published by G. R. N’Namdi Gallery.

This event is FREE and open to the public.
This event is jointly sponsored by Millennium Arts Salon and Parish Gallery